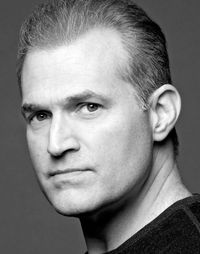 As a Director, Marc has helmed the workshop developments of Sawyer, a modern retelling of Tom Sawyer; Joseph…Dreamcoat for 3D Theatricals in CA; and numerous Broadway By The Year concerts for Town Hall NYC. 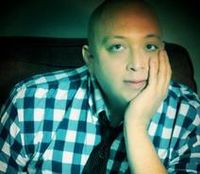 Upon graduating from Wheaton College and Conservatory, Orris headed to Los Angeles where he cut his teeth as a songwriter before eventually signing a music publishing deal with Bug Music, and later, with BMG Chrysalis Music Publishing. His songs have been heard in a variety of feature films and on TV shows, most notably on a number of MTV programs and prominently on JJ Abrams's and Matt Reeves’s hit Golden-Globe-winning television series Felicity. Orris toured nationally as a solo act and his recordings The Seraphim Circus as well as Retrograde Boulevard went to #1 at college radio (CMJ). Music Connection Magazine declares Orris's music “Makes you believe you're experiencing something big.... Will win fans among anyone looking for music with a soul.”

Originally hailing from Fresno, CA, Hollingsworth was raised in a family that  mounted weekly Gilbert and Sullivan family performances in the living room. After graduating from UC Berkeley where he was editor of the school’s humor magazine, he moved to Los Angeles, where he currently works as a writer and lives with his lovely partner.

David Orris and David Hollingsworth ​first met at the Academy for New Musical Theatre while working in the Core Curriculum musical theatre workshop under John Sparks (former BMI workshop teacher and early protege of Lehman Engel). Orris & Hollingsworth collaborated with many writers to develop short-form musical pieces based on a rigorous curriculum of musical theatre theory created by Lehman Engel. The two Davids finally got to collaborate on a short one-act musical, which was produced and performed at the Colony Theatre in Burbank, CA in 2012.